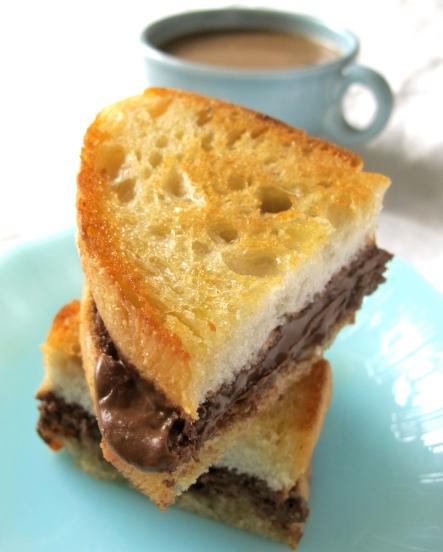 It’s funny what sticks in your head when it comes to food. I was talking to my daughter & business partner, Whitney, a few days ago about our recent trip to Chicago to work on a photo shoot. As well as work time, we also had some time to play. Eating was a big part of our play time. We had some fantastic food, some a bit fancy, some very ethnic, some homemade…but the most memorable of our edibles for both of us was a little grilled Nutella sandwich. It came as a dessert after a perfect light meal of little plates at a restaurant we wandered into on a snowy night called “Quartino”…it is often the little things that linger.

I admit I have been thinking about that buttery grilled Nutella since I ate it that snowy night  over a week ago. Vivid food moments from the past. The warm cheese burgers I ate as a child with a homegrown tomato spread thickly with mayonnaise, the croissant & cafe au lait in Venice at dawn about 25 years ago, freshly caught fish ceviche eaten on a boat in the Caribbean minutes after the fish was caught last year.  Taste recall isn’t so much about the food, but the moments around the food, where I was, who I was with, what I was doing. I am sure you agree? 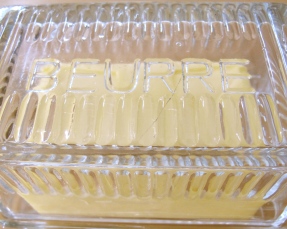 1. Smear one side of each slice of bread with softened butter. 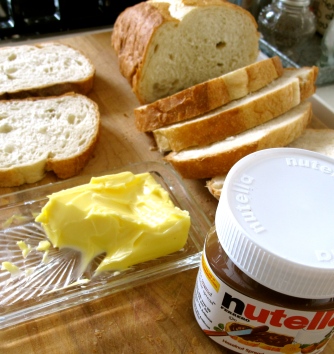 2. Slather a generous portion of Nutella on the non-buttered side of each slice. 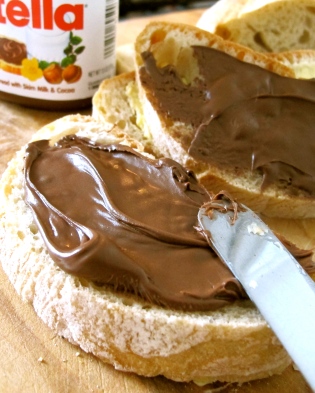 3. Place a heavy skillet or griddle over medium high heat. Or use a Panini grill if you have one.

4. Make sandwiches with the Nutella on the inside, buttered side out.

5. Grill sandwiches in hot skillet until golden brown on both sides just like you would a grilled cheese sandwich. If you grill them in a Panini grill they will be flat sandwiches, but either way they are delicious.

6. Cut sandwiches in half or quarters and eat warm. 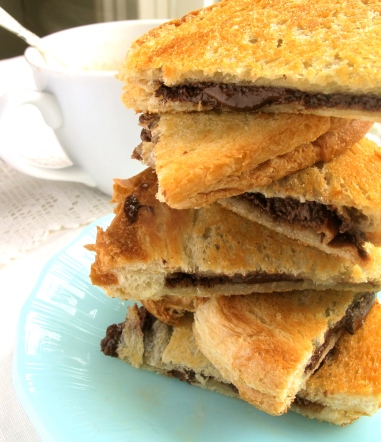 Now, how easy is that?

A little food for thought:

A Little Bit About Nutella:

It is a spread made up of roasted hazelnuts, sugar, skim milk & cocoa & has not artificial colors or preservatives according to the label.

Nutella was created by Pietro Ferrero, a pastry maker & founder of the Ferrero company in the Piedmont region of Italy. During the 1940’s there was a cocoa shortage due to World War II rationing and as hazelnuts were plentiful Nutella spread was developed.

Nutella can be stored at room temperature.

It’s all the little things. No?

…because it does…and…oh yeah, fuck Elon Musk while you are at it.
Pink Lemon Marmalade
Something I made today…
Summer things…
Sunny Tuesday @food_sheriff is a good day always.
Some things I’ve done this summer.
America, Things we saw 2022
West Tennessee work…road trip.
Good morning
June things…
If you are looking for me this weekend…I will be spending some time in my hammock…right here in our yard…pondering what is going on in the world…the mind and heart are weary…but a good rest and time to think right now are important…planning our next move to help those in need…right the wrongs we can and carry forth speaking out and kicking ass. Take some time…it’s important.
First Zinnias…Hello Summer
Something I did today…Sheet Pan Roasted Peach Jam with Thyme and Lemon…recipe in link in profile
Ice Cream Time
Edible Nashville Issue 45…thanks for including me in the journey.
Lunch time.
What I’m listening to today…and tomorrow and the day after that….
Cafe con leche…coffee black…mocha…hot and steamy…I like coffee.
“Interiors”
Loading Comments...
%d bloggers like this: