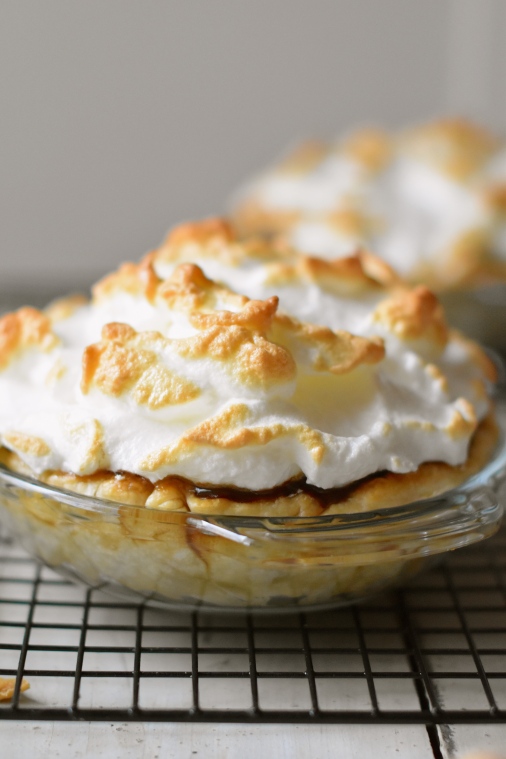 Although I have eaten fancier, more complicated chocolate desserts in my lifetime in cities and countries far and wide…none is as dear to my heart and palate as a dark chocolate pie with a fluffy meringue browned just right.

This was my favorite pie of my West Tennessee childhood. My mother, Grandmother, Aunts, Mother’s of friends all seemed to bake this classic pie with ease. My Mother’s was my favorite as she added just a bit more cocoa to make the filling darker and richer. 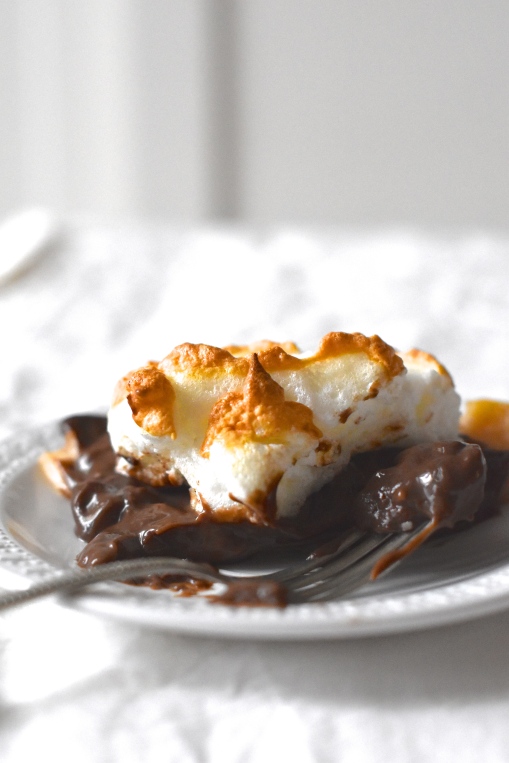 Alas, there are no hastily written nor carefully scribed recipes left to me from Mother, nor my grandmother…no splattered, tattered scrapes of paper!

But life can have so many  intriguing twists and turns and one is that I often work with  fabulous food photographer, Stephanie Mullins, who happens to be from West Tennessee…as is her Grandmother, Martha Webb…and Martha Webb has a chocolate meringue pie recipe that is the mirror of Mother’s! 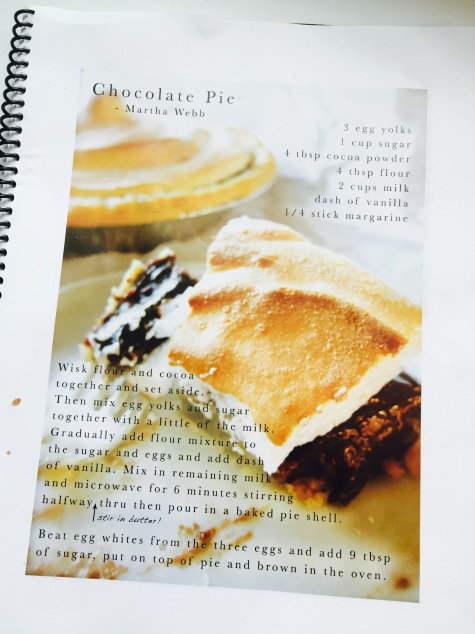 A couple of years ago Stephanie made a recipe book of some of her family’s recipes. She gave me one and this Holiday season I made chocolate meringue pies for my family using Martha Webb’s recipe with a few small changes.  Thanks Martha for the recipe and Stephanie for sharing with me. 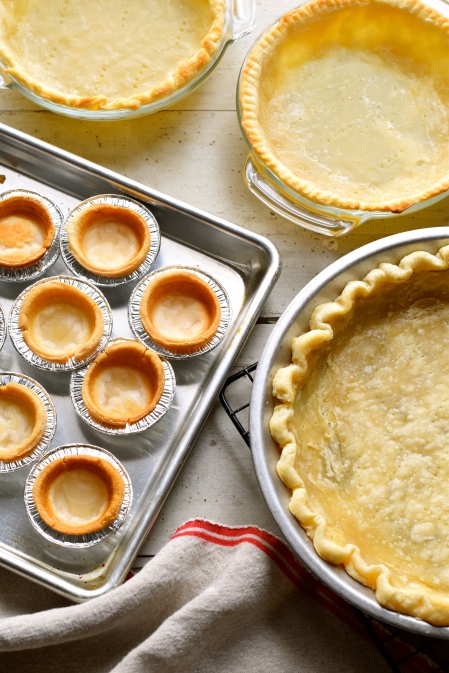 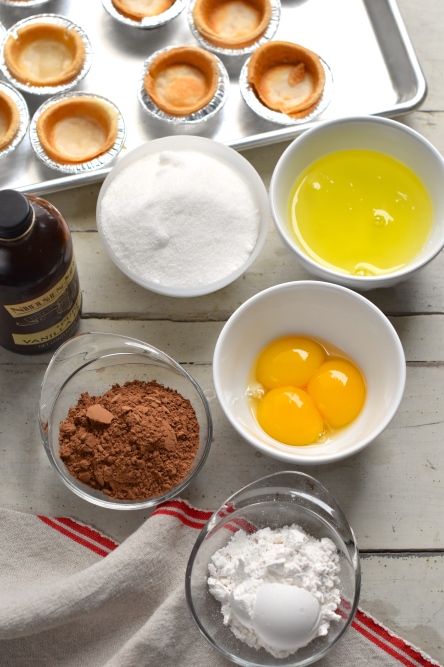 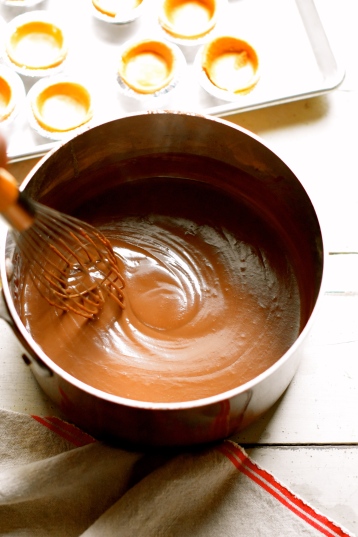 ..poured into pie shells to cool. 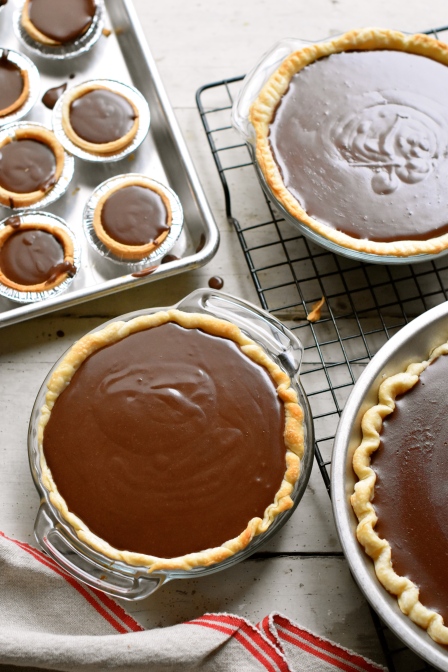 All topped with fluffy meringue. 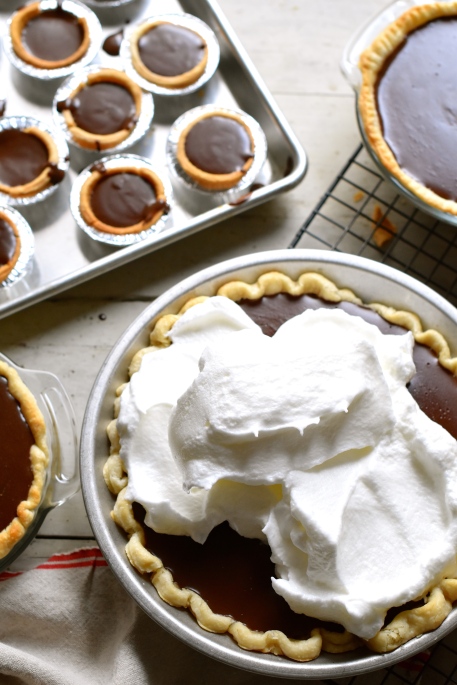 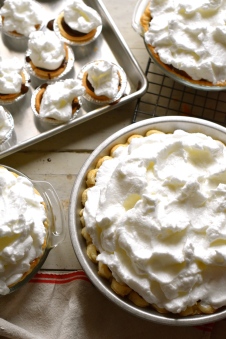 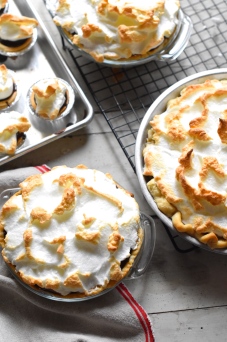 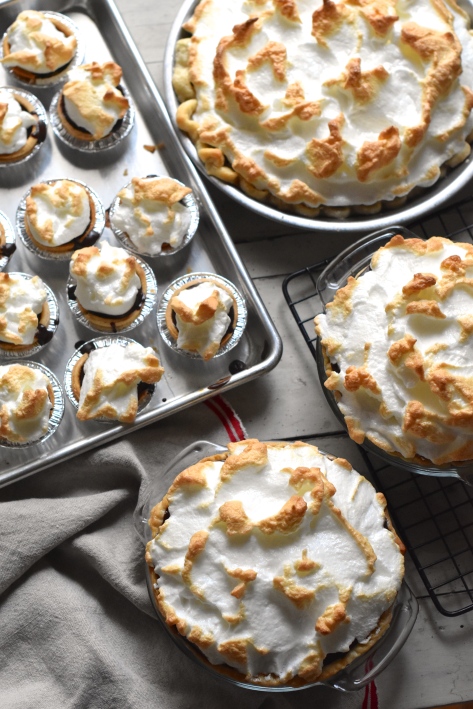 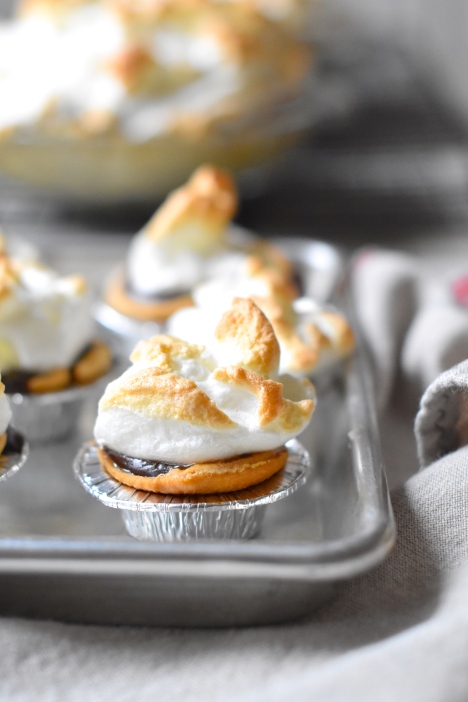 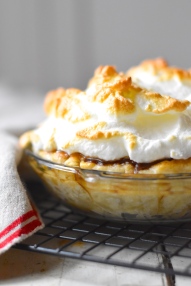