Let’s talk about Banana Pudding. The real deal, not what I seem to be encountering recently. The Southern iconic dessert I grew up eating in West Tennessee, made by both my Grandmother and Mother, started with a homemade vanilla custard pudding layered with vanilla wafer cookies and lots of bananas, topped with peaks of meringue baked until golden brown and is my absolute favorite dessert.

How and when banana pudding recipes took a wrong turn I cannot say, but they did so, along with homemade fudge and biscuits.  The list could go on and on, but that is for another day.

This recipe for banana pudding is so easy you may not even have to go to the grocery except to buy the vanilla wafers and bananas! The rest is just basic pantry ingredients.

I use “Nilla Vanilla Wafers”, ripe, but not over ripe, bananas, egg yolks for the pudding and the whites for the topping. The pudding takes only minutes to thicken and the meringue takes even less time to whip. From start to finish you will spend about 30 minutes to create this heavenly delicious dessert. 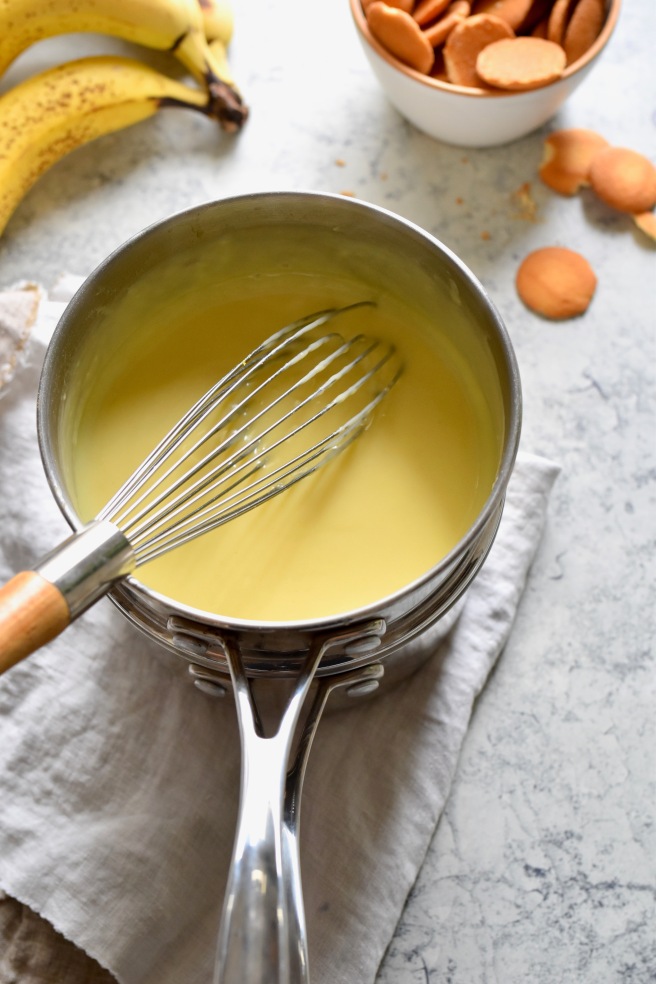 A generous portion of all the ingredients layered in a deep dish….

….egg whites, vanilla extract and sugar whipped together until the meringue “holds a peak” and is piled on top, ready for the oven.

Golden browned meringue to die for. Eat it warm from the oven or chilled. Heavenly good. 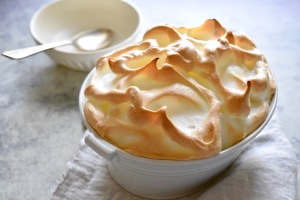 Based on the basic recipe on the side of the box of Nabisco Nilla Wafer cookies sold everywhere.